"We would keep the same square as a general
envelope. The square would be crossed by two routes:
one the existing road running east-west; the other, a
public ramp running north-south, the entrance to both
the park and the Kunsthal.
These crossing would divide the square into four parts.
The question then became:
How to imagine a spiral in four separate squares?"
(From S,M,L,XL by Rem Koolhaas)

at July 07, 2009
Email ThisBlogThis!Share to TwitterShare to FacebookShare to Pinterest
Labels: a: Rem Koolhaas, c: The Netherlands, y: 1992 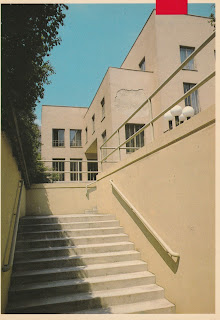